The Cassero and the town walls 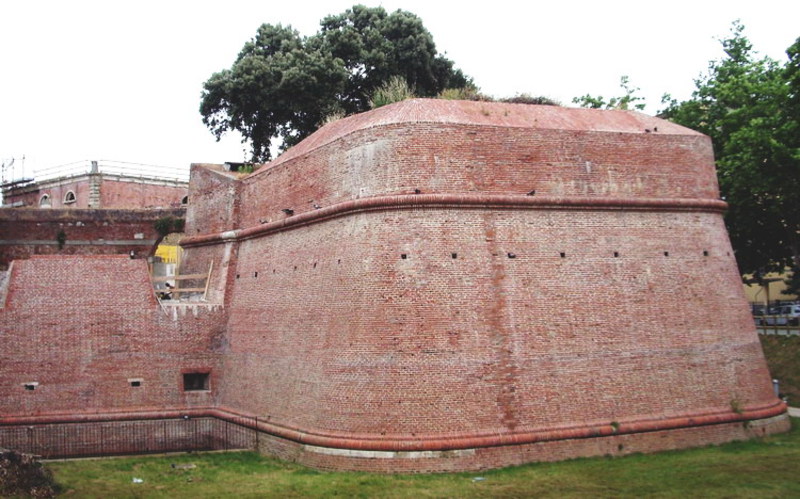 Following the annexation of Grosseto to the Grand Duchy of Tuscany, Cosimo I de Medici  entrusted Baldassarre Lanci with the construction of a new line of walls.
This new construction consisted in an hexagonal  circuit of walls with six arrow-shaped bastions, which still characterize the look of the city centre.
Between 1565 and 1593 the construction of the walls progressed at a slow pace . The only gate granting access to the city was the fourteenth-century Porta Cittadina, later renamed Porta Reale (now Porta Vecchia).
In 1754, as the walls were loosing their defensive function, Porta San Pietro was opened again and has been since then called Porta Nuova.
In the last years of his reign, the Grand Duke Leopoldo II had most of the walls demilitarised  and the walkways along the walls converted into public gardens. Only the Fortress maintained military functions for some more decades.