The Sorano Museum is enriched with the Ricci Busatti Collection 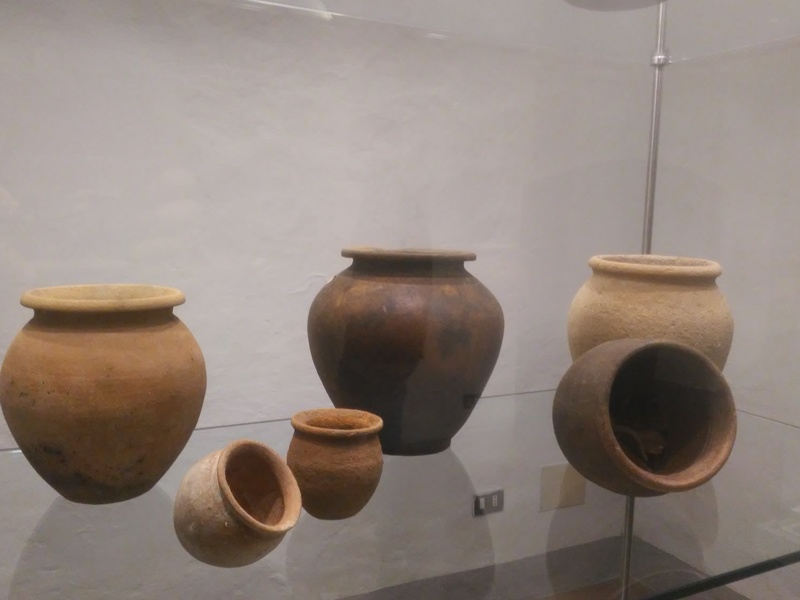 
From 30 August 2020 the Archaeological Civic Museum of Sorano has been enriched with a series of archaeological finds from the Ricci Busatti Collection, donated by the family to the State. The Collection is made up of finds from various sources. A part received in custody and a part left in property to Paola Ricci Busatti (as owner of the land), following excavations carried out in 1950 by the then Superintendence for Antiquities of Etruria along the Calesine ditch, during the expansion of the road that leads from Sorano to Elmo.

Here, chamber tombs from the Archaic period (VII-VI century BC) were identified, partly violated in antiquity, which returned a large amount of finds. Following the first findings, the Superintendent of Antiquities of Etruria, prof. A. Minto, commissioned G. Maetzke to follow the works and at the same time to carry out an accurate exploration of the area; this made it possible to unearth a large necropolis that extended on both sides of the Calesina valley, popularly called "Valley of the Dead". Following the excavations and surveys, the presence of a vast burial ground was highlighted consisting of cremation and inhumation tombs, chamber and niche dug into the tuff bank and arranged on several levels, many of which still intact, which clearly highlight the importance that this valley and the plain of Sorano had as a communication route between the Etruscan centers of Sovana and Pitigliano and the Chiusina region.

The display of part of the objects recovered during the works allows you to deepen your knowledge of the area's archaic necropolises, less known and documented than the monumental temple, cube and aedicule tombs of the Hellenistic period characteristic of the Sovano area. A part of the finds that make up the collection were inherited from the ancestors: in fact the Ricci Busatti family had collected, also through marriages with other families, various agricultural properties in the municipalities of Sorano and Pitigliano, and therefore probably the artifacts from the Collection owned before 1950.

In 2010 the family decided to donate the Ricci Busatti Collection to the Superintendency, with the request that the aforementioned finds remain within the Municipality of Sorano and that they be exhibited to the public in a future museum, so that all citizens could benefit from this heritage. cultural. The Archaeological Civic Museum and the Orsini Fortress in Sorano are open, for the whole month of September 2020, every day (except Mondays) from 10-13 and 15-19. Guided tours of the Orsini Fortress complex and the underground walkways start at 10, 15 and 18 (by reservation required at 0564633767; 0564633099; 0564614074. Info: info@leviecave.it).