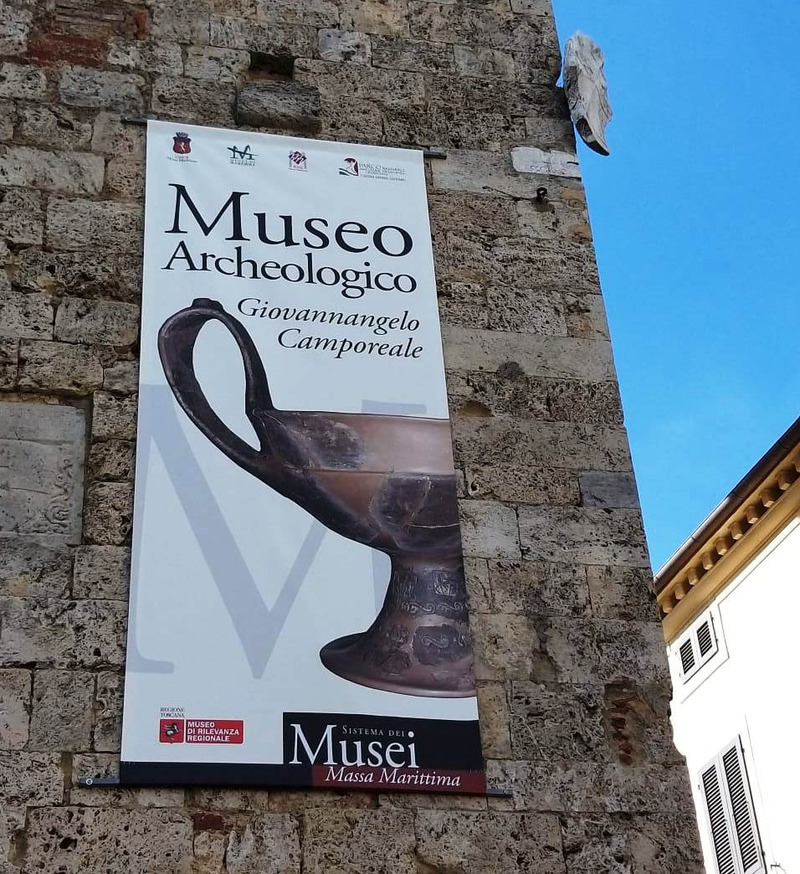 
The Municipality of Massa Marittima (Gr), as part of the program of events of the Etruscan Day organized with the participation of the Regional Council of Tuscany, organized a series of events this year, Saturday 21 and Sunday 22 September, to remember the figure of prof. Giovannangelo Camporeale professor emeritus of Etruscology and Italic Antiquities at the University of Florence who died in July 2017 and who gave so much to Massa Marittima and the Maremma. Indeed Camporeale directed for almost thirty years the excavations of great scientific importance in the Etruscan settlement discovered on the shores of Lake Accesa, making it possible to expand the archaeological section of the Civic Museum of Massa Marittima, which in fact became thanks to him Archaeological Museum which today bears his name. To remember his figure the Municipality of Massa Marittima organized in September 2017, in the aftermath of the professor's disappearance, two "Study days in honor of Professor Camporeale", which are now becoming a regular event: Saturday 21 September from 9.30 am to 5 pm, at the Gaetano Badii Library of Massa Marittima, the third edition of the "Days" will be held, which will see a series of scientific interventions by the most important Italian etruscologists and former colleagues of the professor, who will take stock of the state of the archaeological research on the subject of the representation of the myth in Etruria, a theme on which Camporeale has worked on several occasions.

On Sunday 22 September, an excursion to Vetulonia will be organized, where the young Camporeale began his first research at the dawn of his career as a scholar. The "trip to Vetulonia", which incorporates the style of once-upon-a-time conferences (like the important one that was held in Massa Marittima in 1928 and saw the creation of a "trip" to Poggio Castiglione ") and which is carried out in collaboration with the Municipality of Castiglione della Pescaia, includes a visit to the excavation in progress of the Domus dei Dolia of the Etruscan city of Vetulonia, at the Archaeological Museum Isidoro Falchi where the exhibition "Alalia, the battle that changed history. Greeks, Etruscans and Carthaginians in the Mediterranean of the sixth century BC ". Finally a walk to the necropolis with its imposing monumental tombs: in particular we will visit, thanks to the Archaeological Association of Vetulonia, the tomb of Raku Kakanas, an important aristocrat from Vetulonia, excavated for the first vaulted by Falchi in the late nineteenth century (which he called Tomba del Duce) and also studied by Camporeale.The departure is from Piazza XXIV Maggio in Massa Marittima at 9 o'clock with a pu lman made available by the conference organization. The visit to Vetulonia is open to all, however booking is mandatory by Sunday 15 September by calling 0566906366 or by sending an email to museimassam@coopzoe.it. Bring clothing suitable for an excursion to the archaeological excavations, cost 25 euros with lunch and 15 euros without. Information also on the Facebook page of Giornate di Camporeale.