A Sphinx of Vulci has flown to Massa Marittima 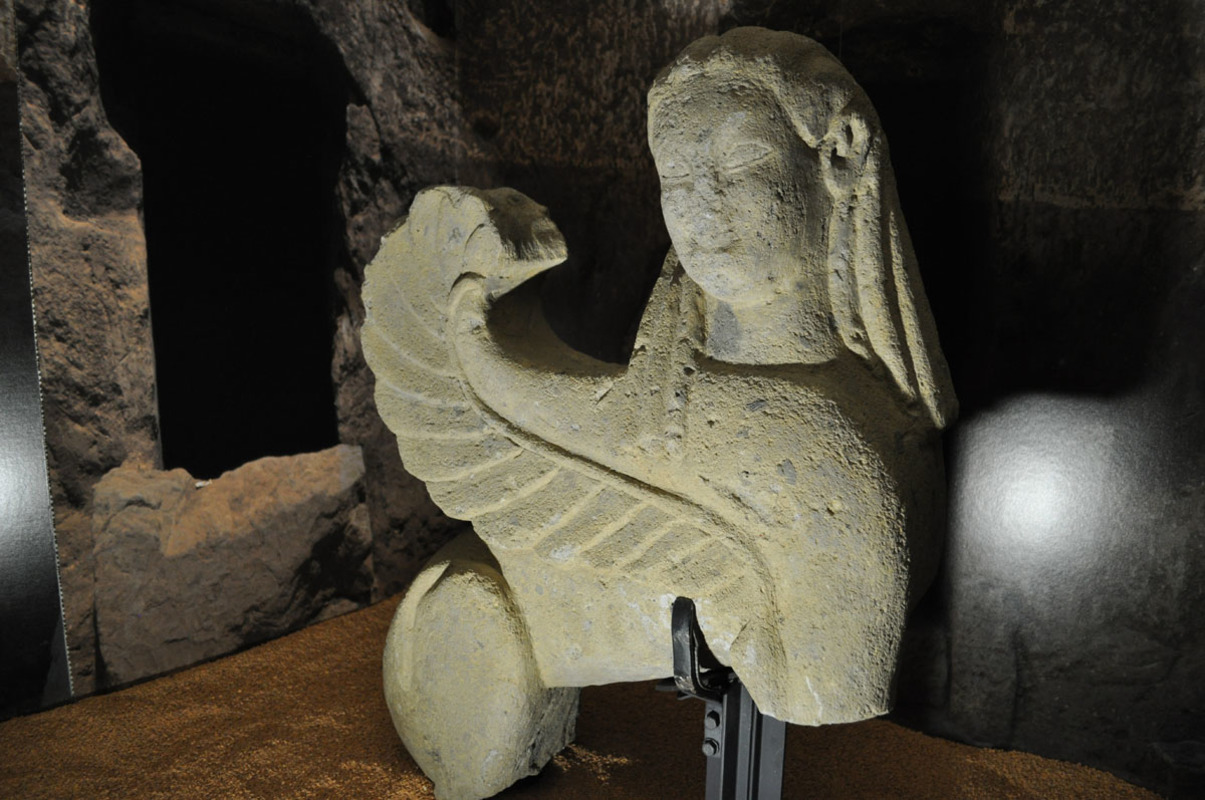 
A single find, a sculpture as ancient as it is mysterious, an Etruscan sphinx dating back to the 6th century BC and coming from the necropolis of the Osteria a Vulci (Vt). This statue will be the protagonist of the exhibition "The Sphinx of Vulci" which will be exhibited at the Giovannangelo Camporeale Archaeological Museum in Massa Marittima (Gr), in Piazza Garibaldi, from 3 August to 3 November 2019. An exhibition project carried out within the Notti dell 'Archeology in collaboration with the Tuscany Region. The event is the result of an important collaboration between the Vulci Foundation, the Superintendency of Southern Etruria and the Museums of Massa Marittima, the Zoe Social Cooperative, and the Archeo and Medioevo magazines, and is carried out with regional funding for the museums of relevance. The event was presented this morning when the statue arrived in Massa Marittima.

This extraordinary funerary statue was found by archaeologists during an excavation campaign in 2012, thanks also to a grant from the Lazio Region, in the necropolis of the Osteria di Vulci, one of the most important centers of Etruria. Already known from the 1800s, the necropolis has already revealed some of the most important funerary testimonies of Vulci from the mid-eighth century BC During the excavation, in particular, tomb no. 14 was discovered, known as the "Tomb of the Sphinx", a monumental funerary underground dating back to the 6th century BC. The exceptional size of the long dromos (28 m), through which the vestibule and funerary chambers were accessed, testify to the importance of the family that buried its members here. The Sphinx was buried there, probably located at the entrance to the burial. With her also a second sphinx head, datable to the sixth century BC, always in nenfro to reiterate that the use of statuary in stones of volcanic origin in the decorative apparatus of the necropolis of Vulci from 600 a. C. has no equivalent in other parts of Etruria.

In the territory of Vulci, in fact, a real tradition has developed, which has given rise to a flourishing specialized activity which continued, without interruption, for almost a century of reproduction of these figures, placing them at the entrance to the tombs. The exhibition will be open to the public until 31 August every day from 11am to 1pm and from 3pm to 6pm. From 1 September to 3 November at the same times but closed on Mondays. Access is included in the ticket price of the Museo Archeologico Etrusco Giovannangelo Camporeale. Info: 0566906366, email: museimassam@coopzoe.it