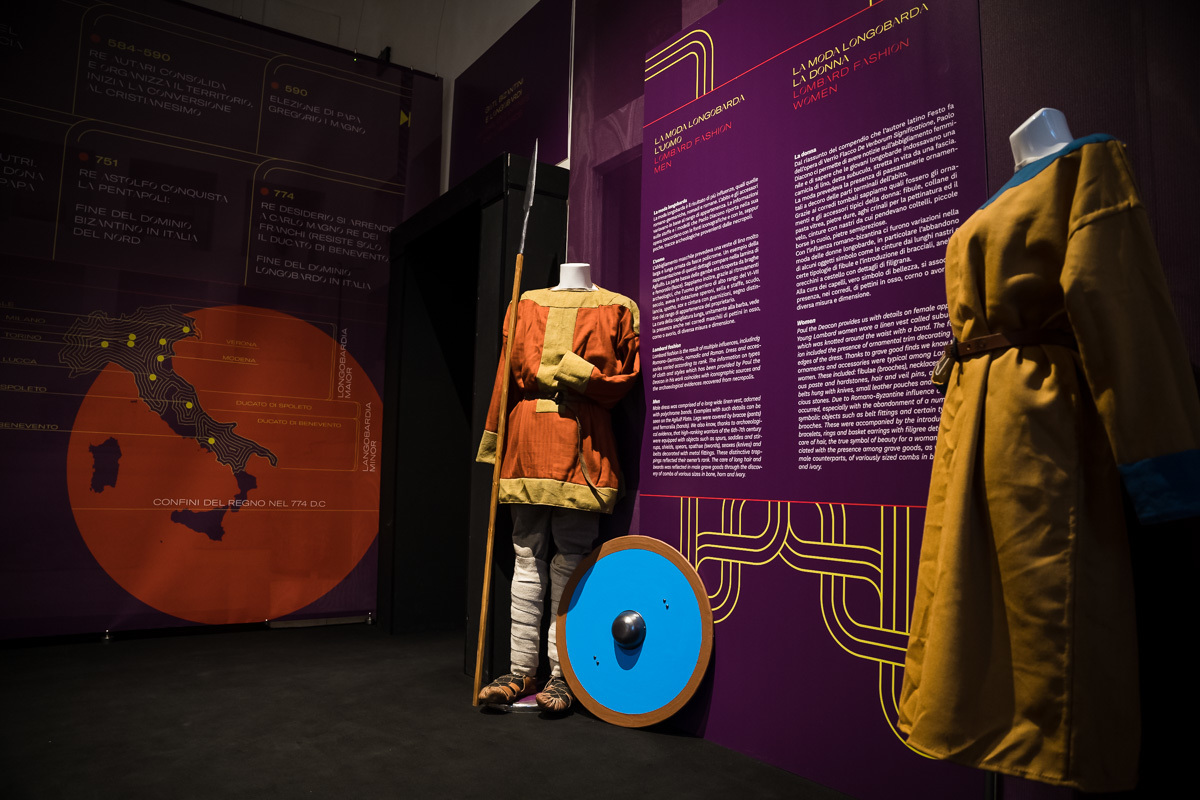 
From 30 July to 6 January 2021 the rooms of the Archaeological and Art Museum of Maremma host the exhibition "A middle ground. The Lombards and the birth of Tuscany “, curated by Chiara Valdambrini, scientific director of Maam, and by Barbara Fiorini, architect.

This exhibition event was created with the aim of narrating the great Lombard epic that also characterized and transformed the Grosseto area, leaving a strong mark on history. A project aimed at the general public, but also at all professionals who have welcomed the idea of ​​this exhibition with pleasure and have given their fundamental contribution in the selection of the material to be exhibited and in the catalog that accompanies the exhibition, renewing and enriching what is already known about Tuscia.

The exhibition is divided into four sections, with an impactful setting, based on the idea of ​​the intertwining symbol of the interpenetration between natives and "invaders", but also a distinctive feature of some decorations that we frequently find in Lombard objects and artistic decorations.  The first section, in the entrance hall, welcomes the visitor to the "middle ground" where, in addition to the title and the incipit of the Origo Gentis Langobardorum, two maps, one dedicated to migration and one to the progressive Lombard conquest, appear. In the upper band appears an essential timeline that begins with 568 and ends with 774 (duration of the Kingdom).

The second room, totally immersive and sensorial, is dedicated to "Goths, Byzantines and Lombards". Here we find reconstructed two female burials with grave goods from Chiusi (Santa Mustiola and public hospital) both with cranial deformation, the treasure of Galognano, the lamina of Agilulfo and the seal ring of Faolfus. In the background a voice that recites the "atta unsar" (Our Father in Gothic) on an evocative musical theme whose text is reproduced in one of the walls of the room.

The third section is dedicated to the Duchy of Tuscia and to some general themes on the Lombard people. In this room you will find most of the protagonists of the exhibition. In the center there are the finds of Roselle flanked by those of the Maremma area (Salica, Casette di Mota, Grancia, Talamone, Saturnia, Semproniano, Podere Macereto, San Martino sul Fiora, Pitigliano, Vetricella, Castiglione della Pescaia), all around, in a centrifugal explosion, we find the other material testimonies that come from the rest of the Duchy. The main places are: Roselle, Luni, Fiesole, Lucca (with the fantastic shield of Villa Guinigi), Volterra, Pisa, Siena area (Aiano-Torraccia di Chiusi, Sovicille), Arezzo, Chiusi, Pistoia, the Tuscan Maremma and upper Lazio , Chiusa del Belli (Farnese), Bolsena, Perugia, Isola del Giglio and Formiche. A corner follows with the reconstruction by “La Fara” of two Longobard dresses, one for men and one for women.

Two multimedia points accompany the itinerary, one with the short-promo of the exhibition and a video-documentary by the writer and influencer Maria Angela Galatea Vaglio, which will tell the arrival of Alboino, the story of Teodolinda and the figure of Paolo Diacono , made by Francesco Rossi and Luca Deravignone, while in the other an in-depth video on Lombard clothing and accessories prepared by the “La Fara” association.  The exhibition is open every day from 11 am to 7 pm except Mondays. For information phone +39 0564488752, e-mail: accoglienzamaam@gmail.com