Archeology. The gods of the sea, between Magna Graecia and Etruria, protagonists of the exhibition in Vetulonia 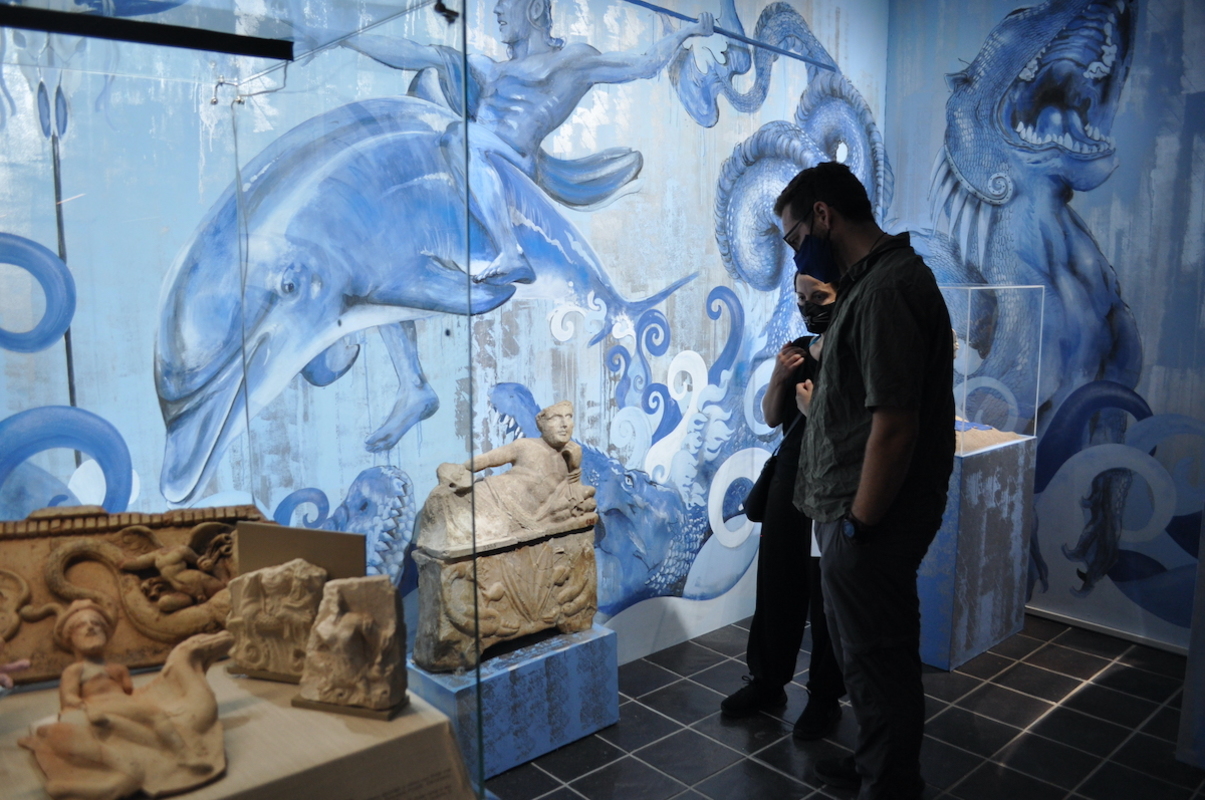 
Vetulonia: “Taras and Vatl. Gods of the sea, founders of cities. Archeology of Taranto in Vetulonia ”. This is the title of the exhibition that from 20 June to 7 November 2021 will be visible inside the Isidoro Falchi Archaeological Civic Museum in Vetulonia. Two giants of the history of ancient Italy, Taras-Taranto, the Greek colony of Sparta, and Vatl-Vetulonia, the famous city of the Etruscan dodecapolis, will be elevated to the role of protagonists of a great cultural event that stages the first of the three acts: two exhibitions, one at the Falchi di Vetulonia and the Nazionale di Taranto, the city will also host a conference. An appointment that sees two realities as protagonists, one Greek and the other Etruscan, with destinies from the origins of their history intertwined with the sea which, with its symbols, stands out as the true first actor of the entire historical event, social and economic of the two centers. The path of the exhibition unfolds in a sort of exhibition story articulated in a series of distinct episodes, each placed under the aegis of a particular divinity venerated both in Taranto and in Vetulonia, whose narration is entrusted from time to time to absolute masterpieces of Tarantino and Etruscan artistic craftsmanship, such as the extraordinary head of Hercules, a small Roman marble replica of the bronze colossus erected in the acropolis of Taranto by Lysippus in the 4th century BC, or the bronze Herculean club, attributable to a Lysippus style statue returned from the remains of one of the districts of the ancient city of Vetulonia.

Also to be admired is the dinos painted by the painter of Darius, one of the greatest Italiot ceramographers, who exhibits Heracles on the main face of the vase in the presence of the Egyptian ruler Busiride, and the monumental volute crater decorated by the Painter of the White Sakkòs, which respectively mark the passage from the narrative episode of Heracles to that of Dionysus and from the Dionysian one to the episode dedicated to the sphere of the afterlife. To the intense cultural and artistic dialogue that was established in the Hellenistic period (IV-II century BC) between the Tarantine and Etruscan production we owe the extraordinary gold jewels recovered in the burials of the members of the wealthy class, especially women, both in Etruria than in Taranto and its territory. Inside the Museum you will be able to admire crowns and rich tiaras in laminated leaves, or circles with sumptuous floral engravings, refined necklaces with golden links and armillas (bracelets) with plastic endings in the head of a lion, rings with bezel adorned by the characters of the myth a relief, elaborate earrings of the most varied original shapes, tube with amphora or crater pendants, lapwing, black or lion's head modeled in the characteristic Tarantine shape of the spacecraft, embellished with golden grains.